Posted at 11:00h in Your Career by Sheila Robinson

Tips for pitching an idea at work 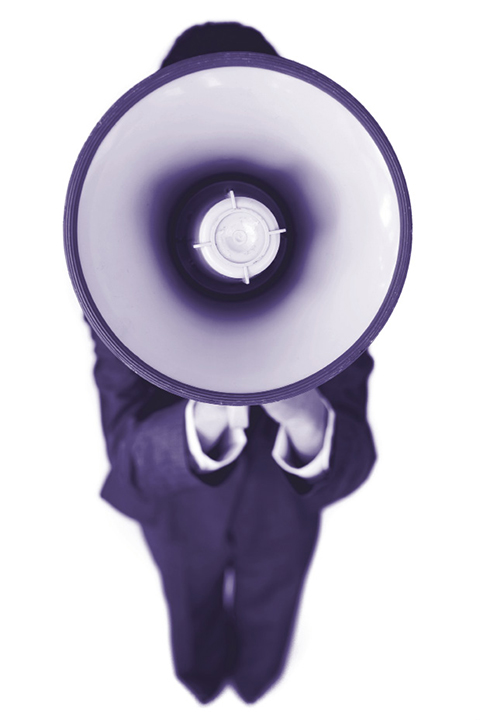 Employees at Ford Motor Company, like at most companies, sometimes face ethical dilemmas. If a vendor offers a Ford employee tickets to see her favorite sports team play, can she accept? If an employee has lunch with a government official, can he offer to pick up the tab?

To get answers, employees often had to do some digging. “But if people have to go searching through our online materials to find out about the law, they might give up and just give it their best shot,” says Raphael Richmond, global director of Compliance at Ford. “So we thought, what if we made it easy? What do we have with us all the time, whether you’re a new employee in China or a long-term employee in Germany? It’s your phone. What if you had an app to answer these questions?”

When Richmond stepped into her current role in Compliance two years ago, she was hoping to burnish the department’s reputation as helpers rather than a group that simply nags people to do the right thing. And creating a handy app that would give employees quick answers in sticky situations certainly dovetailed with that goal. “We came up with a clear description of what we wanted,” Richmond says. “It needed to be easy to use. And the bulk of the app needed to be available to you once you’ve downloaded it, whether you have Internet access or not.” But developing the technology would require company resources, so she’d have to sell the idea internally.

Like Richmond, you may have a brilliant idea for your company. But your project will never get off the ground unless you can make a persuasive case for it. So it’s important to be thoughtful about how you approach your pitch.

Soft Sell
If you have an idea that you’re excited about, you may be tempted to dive right in and schedule a formal presentation with your company’s top brass. “That’s exactly what you shouldn’t do,” cautions Melissa Lamson, president and CEO of Lamson Consulting and author of the book #Women Advance. “Start talking about your idea informally to people who are stakeholders. Have lunch or coffee with people to socialize the idea. Formulate a message that’s clear and concise, and repeat it over and over, to create a mantra about why it’s good for the business.” Then when you do your formal presentation, she says, you can add some numbers and predictors, but your audience will already have warmed to the concept.

That’s what Richmond did at Ford. “It’s important to find the key people whose buy-in you’re going to need to be successful, and make sure that they’re on board before you pitch the idea more broadly,” she says. “That meant getting some of my IT counterparts on board and the general counsel, to whom I report.”

Pitch Perfect
During your formal presentation, demonstrate clearly how your idea will strengthen the company. When making a business case, numbers are key. But keep in mind that no pitch wins by numbers alone. In order to “hook” your audience, you need to translate those numbers into a compelling story that shows the impact that your idea will have.

Ford takes pride in its culture of ethics, which is built into its corporate DNA. So Richmond showed how an app would serve as an ever-present guide to help employees understand the law and make ethical decisions.

She partnered with the IT group to create wire frames that showed how the screens would look, so decision-makers at Ford could see how it would help employees get answers—quick and easy. Instead of displaying an entire policy, the app would summarize the heart of the policy, along with Q&As. If the user still had questions, she could hit a button to e-mail her question—and the answer would then be added to the Q&As for everyone to see.

Preparing for your pitch meeting is key, but don’t be so rigid that you aren’t able to go with the flow. “Fifty percent of the time, the CEO might say something like, ‘Will you please get to Slide 17?’” Lamson says. “Women will often get rattled, because they did so much preparation.” Prepare a two-minute elevator speech covering the most salient points, so you can summarize your idea quickly at any time, if need be.

Lingo Matters
When pitching your idea to male colleagues, keep in mind that men and women have different communication styles. “Women tend to communicate with abundance, because we want to give enough information to provide context,” Lamson says. “But men like to get to the bottom line, so be concise. Men are thinking, ‘What are you telling me? What’s important?’”

Also, because women are relationship oriented, they often use language that sounds apologetic to men. “Try not to fall back on expressions that might give short shrift to your ideas,” Richmond advises. “Own it. You’re there because it’s a worthwhile project. Don’t undercut yourself. As another woman in a senior role pointed out to me as I was about to give a presentation, ‘You’re presenting to the board. You’re there for a reason.’”

Consider your tone as well. Experts like Katty Kay and Claire Shipman, coauthors of The Confidence Code, advise women to avoid upspeaking, the habit of raising the tone of your voice toward the end of a statement, which can make it sound like a question. “Women upspeak to show that they’re collaborative,” Lamson says. “But the perception of upspeaking, particularly from men, is that you’re not confident about what you’re trying to say.”

As you’re making your pitch, don’t be afraid to show your excitement. Leaders love to hear data and numbers, but they also want to see that you’re passionate about your idea, which shows that you have the emotional energy to bring it to fruition.

Fielding Feedback
While it’s important to focus on your message, it’s also important to listen, so encourage feedback and questions. “You will be better able to parry discussions back and forth if you listen to what others have to say and consider their views,” says Donne Kampel, EdD, a women’s leadership expert and associate dean of faculty at Touro College. “This also implies giving credit where it is due. Don’t be afraid to say something nice about other colleagues’ accomplishments.”

If someone in the room interrupts and tries to derail the conversation, however, reclaim control. “Sometimes it is merely enthusiasm,” Dr. Kampel says. “Allow the interruption if it backs you up. You can use all the support you can get. However, if the conversation is being taken in a different direction or the person is on the attack, take your conversation back. I say, in a quiet voice, ‘Please, may I finish what I was saying.’ If necessary, I stand up, take back the ‘floor,’ and then sit down. It works!”

Close Strong
At the conclusion of your pitch, be direct in asking for what you want. Lamson suggests asking, “Are we going to sign off on this today?” If the leadership team needs additional data or answers to outstanding questions, provide them and then follow up. Once your idea has been green-lighted, confirm what your role on the project will be and promptly schedule a planning meeting.
Richmond’s team did a walk-around, making pitches to individual groups who would need to approve the compliance app—from IT to HR—and ultimately got the go-ahead.

The Right Way app was initially pilot tested with 300 employees, including Ford executives, and was a big hit. “We’ve gotten terrific feedback,” Richmond says. “People will tell me about being on a trip and needing to find out about a policy, and being able to find it. I’ve used the app myself, when I’ve been at a conferences and an aspect of our policy comes up. Our CEO, Mark Fields, has said that our app is an example of thinking outside of the box.” DW 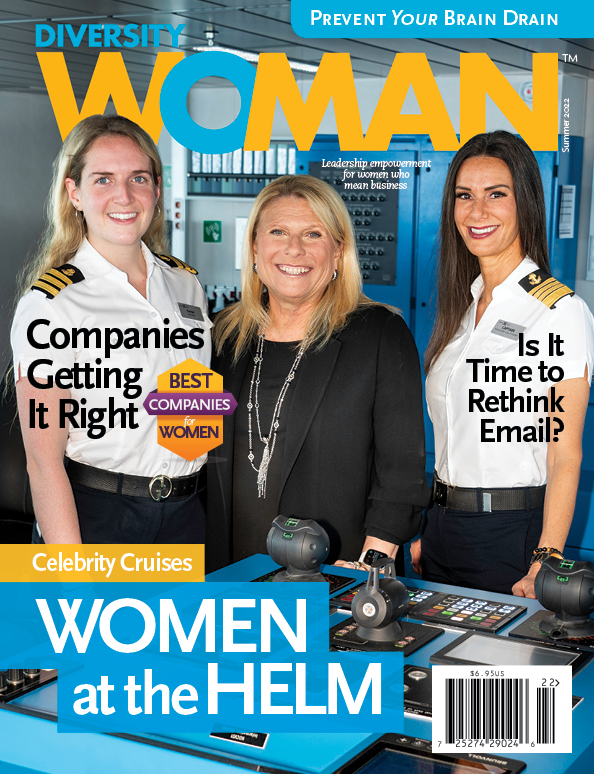 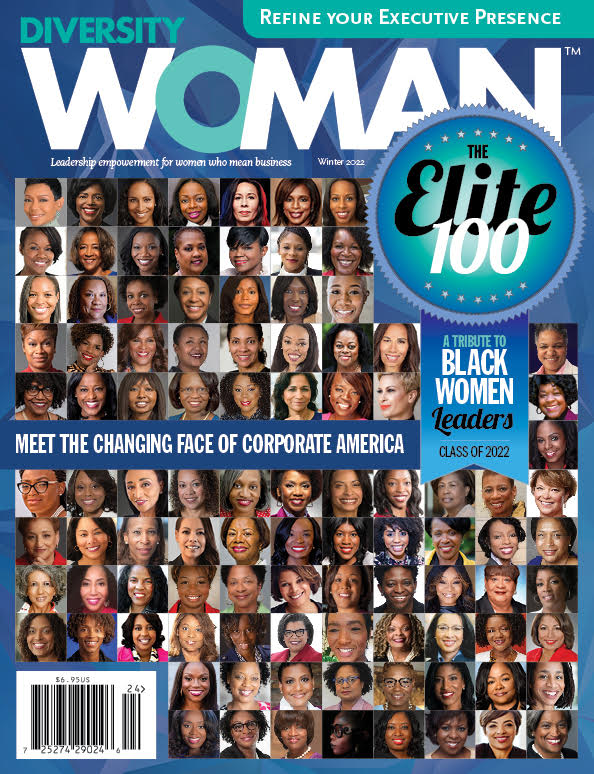